4 Cryptids That Turned Out To Be Real

4 Cryptids That Turned Out To Be Real

Recently, news broke that the Loch Ness Monster might actually be an eel. Professor Neil Gemmel and his team collected water samples from different areas of Loch Ness and tested them for DNA. The samples turned up large amounts of eel DNA, but found no evidence of plesiosaurs or other reptile species. The study also debunked the popular theory that Nessie is a giant sturgeon, as no sturgeon DNA was found.

There are two ways to look at this discovery. Some will say that the existence of a monster in the Loch has been disproven. I would argue that if an eel is large enough to be taken for a lake monster, then it is a lake monster. The idea of a 30-foot long eel is much more terrifying to me than a poor, lonely, plesiosaur.

Creatures like Nessie are known as Cryptids- living things, usually animals, that have been described anecdotally or exist in mythology but have not been scientifically proven to exist. Big Foot is probably the most famous cryptid of our time, and skeptics think that there is little chance of such a creature existing. As Cryptozoologists are quick to point out, there have been some genuinely bizarre cryptids throughout history that have made it into the scientific record. Here are four strange cryptids that turned out to be real. 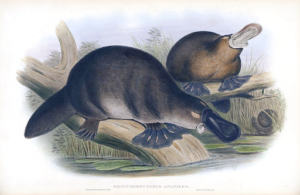 It’s hard to think of anything more bizarre than the platypus. A venomous, egg-laying mammal with a duckbill seems like a hoax. Frankly, the Jackalope seems more likely to exist. When scientists in Europe first started hearing about these creatures, many dismissed them as a joke. In 1799 the first group of naturalists to examine a preserved Platypus corpse judged it to be several animals that had been sewn together.

After careful examination, the naturalist George Shaw concluded in 1799 that the platypus was probably real, but even he wasn’t entirely convinced. It took nearly a century after Shaw’s studies for the Platypus’ existence to be definitively confirmed. The platypus is proof that truth can be stranger than fiction.

For centuries sailors have told of monstrous squid-like creatures that could capsize ships. The legendary Kraken shares many features with the giant squid. These tales were dismissed as superstition until quite recently. In 1848 the HMS Daedalus was sailing through the Cape of Good Hope when they spotted what the captain described as a “giant sea serpent.” Reports hit the papers describing the creature as being nearly 60 feet long with teeth the size of a man. Like Big Foot sighting’s today, this event caused a sensation but was not accepted as proof. It did inspire some naturalists to dig deeper into the possibility of a giant squid.

In 1857 Danish naturalist Japetus Steenstrup combed through reports of tentacled creatures that had washed up on European beaches and found evidence that the giant squid probably existed. In addition to earlier reports, he also cited a large squid beak that he had personally seen washed ashore as evidence for a gigantic species of squid. Several sightings of dead giant squid occurred over the following decades, leaving no doubt in the scientific community about the existence of this mythical cryptid.

In 2004 the very first live video of a giant squid was captured. Giant squid can grow an incredible 43 feet long, and their suction cups are lined with teeth. Scientists now know that there is also a colossal squid, even larger than the giant squid. The colossal squid has hooks on its suction cups for catching fish. Neither species is known to be dangerous to humans or ships. 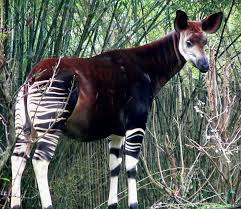 The Okapi is a solitary, elusive creature native to the dense forests of the Congo. Native Africans have been aware of the Okapi’s existence for quite some time, but even they had little direct experience with it. Most local people had only seen hoof prints or other indirect signs of its existence. European naturalists in the area had heard stories from local tribespeople about a strange animal that looked like a combination of a zebra, a donkey, and a giraffe. Most Europeans dismissed the tales as a myth, and some thought that it might just be a new species of antelope.

The Okapi wasn’t entered into the European scientific record until 1901 when Sir Henly Stanley, (with lots of help from local Africans) got his hands on an Okapi skull and a couple of skins. He was surprised when the Okapi turned out to be just as strange-looking as the stories described. The gentle Okapi is actually closely related to the giraffe, not the zebra. It is the only land animal of its size to evade human detection for so long. 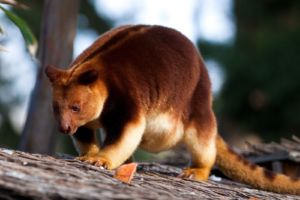 On Indonesian New Guinea, the Moni tribe has long told stories of a small, hairy man-like creature that stands upright and greets humans by whistling and waving. The Moni believe that it is a powerful ancestral spirit.

Europeans scoffed at this tale, considering it to be local legend all the way up to the 1990s. In 1987 a photo of a Bondegezou was taken, and Australian scientists thought it might be some kind of tree-kangaroo. No physical evidence of the animal was discovered until 1994 when an unrelated wild-life survey found some bones and skin.

In 1995 it was entered into the official scientific record. Scientists confirmed that it was a new type of marsupial tree-kangaroo. When it feels threatened on the ground, it will stand on its hind legs and make a whistling sound to warn off predators. It is now known as the dingiso and was first captured on film in 2009.

Cases like the Dingiso are proof that we still don’t know all there is to know about planet Earth. The western scientific community has a habit of dismissing indigenous stories. Who knows, some of our modern cryptids may be out there, waiting to be “discovered” by science.

Looking  For  The Most Haunted Place of All? Castle of Chaos Used To Be A Haunted Nightclub.

Haunted House Tickets Start at $22.50 For The Month of October – Use The Code: CHAOS10