Beyond Fantasy: How Dragons Shaped The Horror Genre

Dragons have been present in literature since ancient times. From the draconic creatures depicted in the art and literature of ancient Asian, Mesopotamian, Aztec, and Anglo-Saxon civilizations, to the modern depictions of dragons in series, movies, comics, and games, to call these beasts influential would be an understatement. Indeed, if you’re a fan of Castle of Chaos or the horror genre in general, there’s a huge chance that you also have a special place in your heart for dragons.

Although they’re not the first monsters we typically associate with horror, these mythical fire-breathing beasts have no doubt shaped our classical and contemporary conceptions of monsters. Take for instance the Game of Thrones books which have been turned into one of the most popular series in modern history. In Game of Thrones, dragons are an integral aspect of the central plot, which is centered around themes of fantasy and politics – but sprinkled with bits of horror for good measure. And in these pockets of horror, the dragons do a fine job of sowing fear and terror, particularly when Game of Thrones depicted the different creative ways in which the powerful beasts can execute people and livestock. It can even be argued that these scenes from the show are some of the most human. While the monsters are mythical, the panic and mass hysteria that they cause are very real and relatable to modern viewers.

Indeed, despite dragons having little direct associations with horror as a genre, their modern incarnations have sown terror to no end. In the movie Reign of Fire, the apocalypse was triggered by the awakening of an ancient dragon race. Apart from the usual wing-beating and fire-breathing we’ve come to expect, this action-thriller showed point-of-view shots of dragons hunting people similar to the movie Predator. And it is perhaps the closest modern entertainment has come to associating the beasts with raw horror. Meanwhile, some would argue that this last statement would be more applicable to the movie The Lair of the White Worm. Very loosely based on a book by Dracula author Bram Stoker, The Guardian calls The Lair of the White Worm a guilty pleasure, attributed to how it combines mocking comedy with surreal horror elements. In addition, this movie was a throwback to ancient dragon cults and their mystic association with vampires, which unlike dragons themselves have very well established ties to horror. And while these movies and series offer overt clues on how dragons have shaped horror over the years, the presence of these beasts in other media may also help in painting a full picture of dragons as a cultural phenomenon.

Outside of horror movies and series, dragons continue to remain relevant in different aspects of modern entertainment, particularly in the world of gaming. Games like Skyrim and How To Train Your Dragon imagine worlds in which we have well-developed relationships with these mythical beasts. Meanwhile, there are also plenty of games that allow players to step into the scaly, fire-breathing talons of these monsters, from old titles like Draconia and Istaria: Chronicles of the Gifted, to the online creature survival game Day of Dragons. In fact, online gaming is where the contemporary cultural presence of dragons shine. ExpatBets’ various dragon-themed online slot games such as Emperor of the Sea, Dragon Shrine, Dragon Dance, and many others are examples of how these beasts remain popular in the cutthroat gaming market. Whether it’s complex survival adventure sandboxes, open-world roleplaying games, or simple digital slots, the gaming world cannot get enough of dragons.

Much of this comes from the fact that thematically, dragons offer a very colorful palette for game designers, movie directors, writers, artists, and other creators alike. Their fantastical presence is what makes dragons highly adaptable to a number of genres and media – within which lies the answer to why we don’t automatically link the beasts to horror despite their obvious knack for death and fear. Over the centuries, these serpents have established their presence very well within other themes and genres, which has given dragons a more general thematic vibe. Fortunately, this only means that they can be used for horror when we least expect it. And until we see the release of a dedicated horror movie, series, game, or even a book that’s centered around dragons, their true potential for horror will continue to lurk in the darkest depths of human imagination and history. 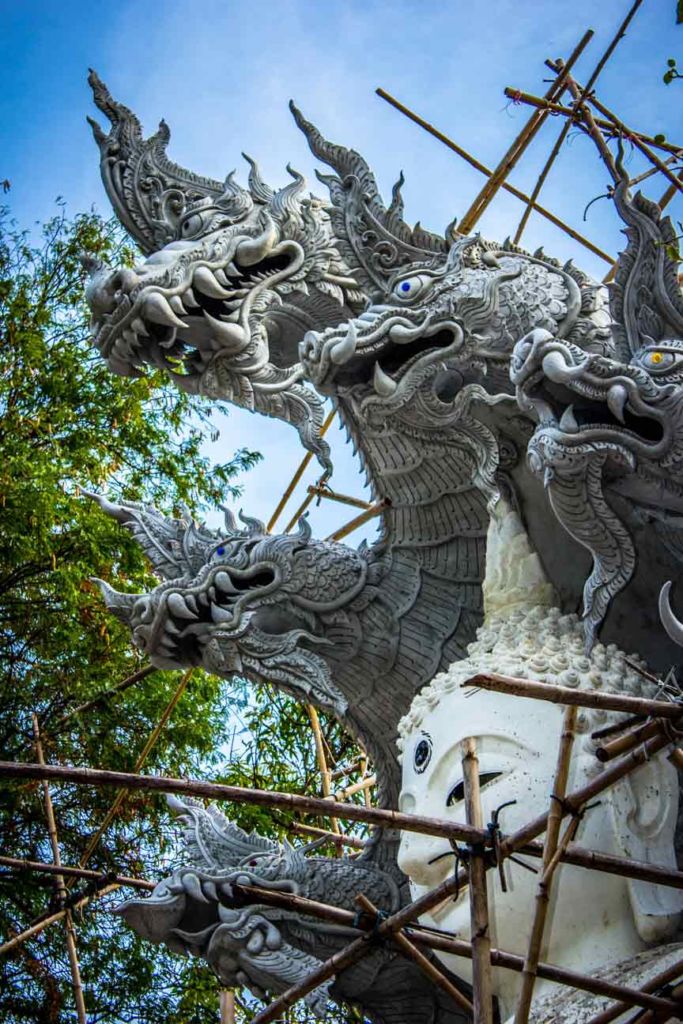