Where did Friday the 13th Come From?

Where Did Friday the 13th Come From?

For as long as humans have been around, superstitions have existed; we’ve always wanted to know why things are the way they are, and our inability to explain phenomenon has led to tales and myth being created. As humans evolved, we developed a concept of luck, and quickly established ideas around broken mirrors, black cats, throwing salt, and walking under ladders. Then in modern times, friggatriskaidekaphobia, or the fear of a certain calendar date – the most ominous Friday the 13th was born. While I’m confident that history isn’t everyone’s favorite subject, the growth of how Friday the 13th became such a recognized date is quite fascinating. Take a look:

First, let’s take a look at the first part of this date: the Friday. Now, if you’re like me, Fridays are the best days of the week, why on earth would anyone dread a Friday?! Bringing history back to ye old Biblical times, it’s known that Christ’s crucifixion happened on a Friday. And although that day is labeled as Good Friday, that Friday itself was the darkness before the dawn, so to speak.
Next, the number thirteen has a deep history with mankind. In 45 B.C.E., Julius Caesar decided that the year was officially 356.25 days long^1, and he divided these days into 12 months, thus declaring that the number twelve was the number of completion. Dating prior to then, the number 12 had significance, such as the 12 tribes of Israel. Even the Eastern Religion was on board with the number 12 – for in 206 B.C., China identified the Lunar Calendar and assigned zodiac animals to each of the dozen years. In short, people like the number twelve, but this doesn’t automatically make the following number cursed, right?

Well, back in the days of monks who were trying to create a calendar (so they could track when to celebrate Easter, actually^1), they often had difficulty in the consistency of the year because some years would have 12 full moons, and some would have 13, which caused them to feel very unlucky when those years disrupted their church traditions. Then in the Bible stories, when the 12 apostles sat down with Christ to have their Last Supper, Judas Iscariot, the betrayer of Jesus, was the last to sit, making his number – thirteen – most unlucky for the faithful followers. 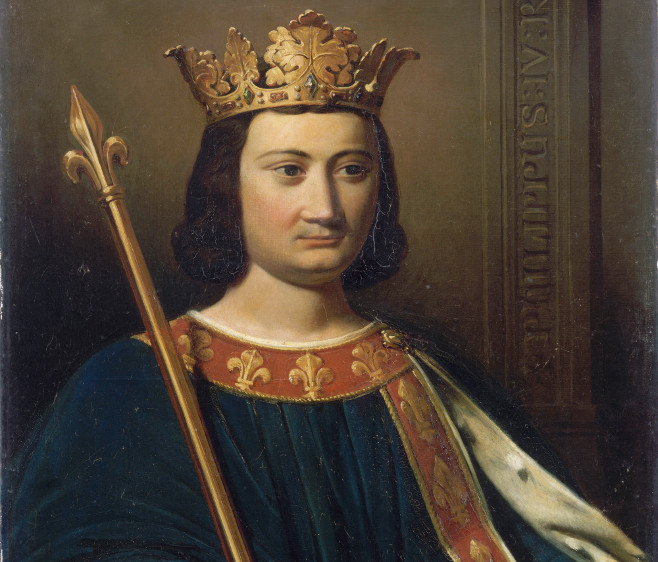 Now, putting those together, the first unlucky Friday the 13th to be recorded was in 1307 when King Philip IV of France decided that the Knights Templar must promptly deband because the Templars were far too wealthy and powerful in his country. Also, he may have owed them a lot of money. And as the Templars were quite the favorite club, the order to arrest many of the members did not hold well with the public, but what could they do against the King and his church? The day would be long remembered in history.

Three hundred years later, or 1880, when Friday the 13 was only wives’ tales with a few rumors surrounding them, a gentleman by the name of William Fowler decided once and for all to debunk the nonsense surrounding Friday the 13th. His personal history with the number revolved around his 13 battles fought in the Civil War, his retirement from the army on August 13th, and the opening of his tavern called the Knickerbocker Cottage, also completed on the 13th.

He pitched the idea of the Thirteen Club to his fellow friends, and the idea was a riot. They agreed to dine together each month on the 13th day in groups of 13. And to show their further indifference to the number, they marched under a ladder to eat at a table strewn with spilled salt. For the sixty or so years that the club was booming with multiple branches and hundreds of members, five U.S. Presidents gained honorary memberships, the most famous being Theodore Roosevelt himself.

Perhaps influenced by the famous club, Thomas Lawson published his novel, Friday, The Thirteenth, in 1907, which made the first pop culture book about that date. Considering that he was a businessman, the story did focus on a stockbroker who attempted to bring about the ruin of Wall Street on that unlucky day.
One hundred years after the idea of the Thirteenth Club was introduced, a tall, silent killer in a hockey mask slashed his way onto the silver screen, and into the hearts of the horror-loving Americans. Jason Voorhees was born, and for a good twenty years past that, his films gave life to the cult classic movie genre. Even today, his mask can be found within haunted houses galore, and Friday the 13th pays tribute to him.

So fact or phobia? Some people just cannot agree on the reality of Friday the 13th’s luckiness. Of course, luck is near impossible to prove, and according to scientists, so many people avoid mildly risky activities on Friday the 13th that calculating accidents on that date would lead to very skewed data. Now, if you’re a skeptic, like the members of the Thirteen Club, test your luck (and fate) at Castle of Chaos’ Friday the 13th event; it’s one of the few times of the year that the castle is submerged in complete darkness, and who knows what creatures lurk there?

Get your Friday the 13th TIckets Today!

Use promo code “TooMuchFun” and receive 30% OFF!