10 Books that will Give You Chills this Summer

10 Books that will Give You Chills this Summer

Stranger Things mixed things up this year by putting their third season out during the summer instead of waiting for Halloween. It turns out that summer is a great time to indulge your love of horror. It is after all the season of campfire ghost stories.

There are a lot of scary things on Netflix right now, but books are much easier to take camping or to the swimming pool. With that in mind, we’ve put together a list of the best horror reads for your summer. You’ll find a little bit of everything here, from fantasy horror to slashers. We’ve also included a couple of anthologies because they are the best bang for your buck if you only have room for one book in your suitcase.

1. Something Wicked this Way Comes by Ray Bradbury

A creepy carnival comes to a small midwestern town in this 1962 classic of dark fantasy. Read carefully, though, and you might see that there is a deeper meaning behind this nightmare carnival. Something Wicked this Way Comes is a brilliant commentary on desire, fear, and the ever-present threat of age and loss. You’ll never look at a hall of mirrors the same way again.

2. The Changeling by Victor Lavalle

The Changeling is a haunting and at times, disturbing tale about parenthood and the secrets of those we love the most. Apollo Kagwa is excited to be a father, but something is horribly wrong with his wife Emma after the baby comes. After she commits a horrific crime, Emma flees and Apollo must travel through an enchanted land to find his wife and son. The book has a slow warm-up, but once it gets going, it’s hard to put down. 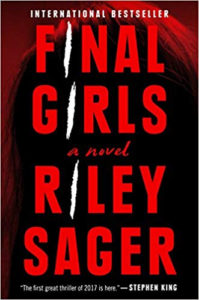 Quincy Carpenter is a “final girl,” part of a club of people who never meet- girls who have survived massacres. Quincy has moved on with her life, unable to remember the details of the camping trip that left her friends dead. Until another final girl, Lisa, dies. Now Quincy has to unravel a deadly mystery and face the memories she’s buried before all the final girls are killed. Final Girls is a great thriller to read by the pool on a summer day. If you are a fan of 90’s slashers, this should be right up your ally. 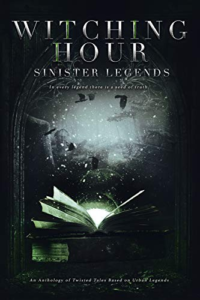 Witching Hour: Sinister Legends collects thirteen tales of terror based on urban legends from around the world. From cursed burial grounds, to corpse brides, and malevolent Japanese creatures, these stories will give you the chills even in the sun. 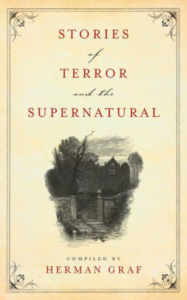 5. Stories of Terror and the Supernatural by Herman Graf

For those of you who like Old Timey horror, this is the place to find it. Stories of Terror and the Supernatural is an anthology that features tales by Edgar Allan Poe, Willa Cather, Charlotte Bronte, and Wilki Collins among others. These are mostly stories of the Gothic variety, featuring ghostly visitors and psychological terror, perfect for telling around the campfire. 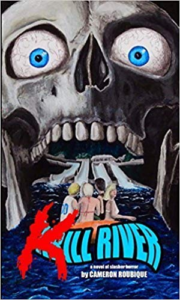 If you can’t get enough 80’s slashers, then this book is for you. In the summer of ‘83 Cyndi and her friends sneak out of summer camp to go rafting downriver. When they stumble onto an abandoned water park, their summer fun turns to terror as a dark figure starts picking them off one by one. 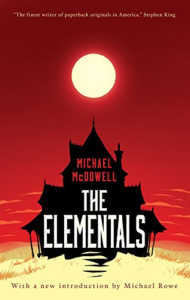 7. The Elementals by Micheal McDowell

The Old Mobile families spending their summer along the gulf are connected by more than generations of intermarriage. They have an old secret that refuses to be secret anymore. The Elementals is a perfect choice if you’re looking for an atmospheric, Southern Gothic story. 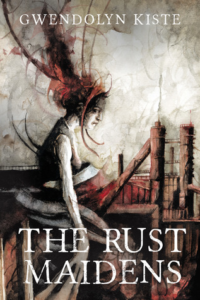 8. The Rust Maidens by Gwendolyn Kiste

In 1980s Cleveland, Pheobe and her cousin Jacqueline have just graduated high school. In this city of abandoned factories, and rivers that catch fire, the girls of Denton street have something else to worry about. They’re transforming. It starts with fingernails that turn to glass, then their bodies just wither away, exposing bones that stick out like corroded metal. Pheobe must find out what is causing these transformations and how to stop them, but no one seems to know, except maybe the Rust Maidens themselves. Kiste is a powerful writer, and it’s not surprising that this book won the 2018 Bram Stoker award for first novel.

9. It by Stephan King

If you’ve seen the movies but never read the book now is the time. It is sometimes classified as a “coming of age” horror story, and it’s a great read for both adults and older teens. It follows seven children as they are terrorized by an entity known only as It. It can appear in any form, but it uses it’s victim’s phobias and fears against them and most often appears in the form of an evil clown.

Stephan King has so many books that are perfect summer reads that it’s impossible to recommend just one. Carrie is a favorite that would also be great for both teens and adults. Again if you’ve only seen the movie, do yourself a favor and read the book. Carrie’s story of revenge is so much more riveting on the page.

Cory Mackenson is enjoying his 1960’s boyhood in the idyllic town of Zypher, Alabama when tragedy strikes. One spring morning, when Cory is eleven, he and his father witness a car plunge into a lake. His father’s desperate rescue attempt brings him face to face with an image of death that continues to haunt him. As Cory struggles to understand what his father is going through, he encounters the darker side of his hometown. He must confront its secrets for the sake of his father’s sanity and his own life. Boys Life is a tingling coming of age story has been continuously raved about since it was released in the 1990s. This one will keep you up way past your bedtime.

For An Experience That Goes Beyond The Books, Try One Of Our Escape Rooms Today!

Use promo code “CanYouEscape” at check out and receive 30% OFF!