These 5 Anticipated Shows and Films are Finally Coming in 2021

2020 will probably go down as the worst year ever for movies and TV, but there is renewed hope for 2021. Many series and films that were originally supposed to be released in 2020 are now scheduled for the coming year. Fans of horror, sci-fi, and fantasy, in particular, have a lot to be excited about. Here’s your official update on five of the most highly anticipated horror and SFF productions coming in 2021: 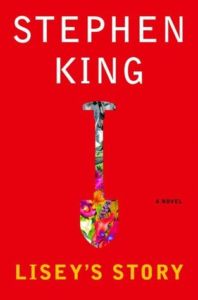 This Steven King book is set to be turned into an 8 episode miniseries on Apple’s streaming service. Plenty of King’s stories have been adapted to the big and small screens in the past, but Lisey’s Story is unique because King wrote all eight episodes. King originally expressed interest in adapting the book back in 2017, stating that Lisey’s Story is one of his personal favorites out of all the books he’s written. King has been critical of movie adaptations of his work in the past, most notably of The Shining (1980). He has said that he feels that movie adaptations often suffer from “sitting on a suitcase syndrome.” He feels that the 10 hours afforded by the miniseries format will make it easier to recreate the book’s detail and richness.

Lisey’s Story is a prime example of the psychological horror that King is known for. It follows a woman, Lisey Landon, after her husband’s death as she learns secrets about him that put her in danger. Oscar-winner Julianne Moore stars as Lisey, and King is once again partnering with exec producer J.J. Abrams.

Filming was shut down in March 2020 due to the pandemic, but only a few weeks of filming were left to do at the time. The show now has a tentative release date of mid to late 2021. 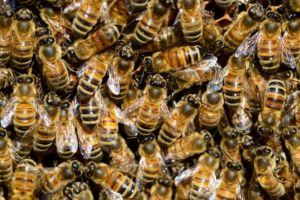 Called a “spiritual sequel” to the 1992 adaptation of Clive Barker’s short story “The Forbidden,” Candyman is all set to scare a new generation in 2021. Often described as an “intelligent” slasher, the 1992 film broke ground in horror by exploring racial prejudice and the power of racist folklore and stereotypes. The sequel promises to give an updated take on these themes and to be at least as frightening as the original.

Yahya Abdul-Mateen II stars as Anthony McCoy in the upcoming film. A struggling artist living in the now gentrified Cabrini area (a housing project in the original film), he and his girlfriend’s lives are turned upside down after a chance encounter with a Cabrini-old timer introduces Anthony to the story of the Candyman. Anthony is drawn to the story and starts digging deeper, using the legend as inspiration for his artwork. As he becomes more entangled with the stories, he unknowingly opens the door to a complex past and releases another wave of violence on the city.

Candyman was all set to debut in 2020 but was delayed multiple times by the coronavirus outbreak. Director Nia DeCosta decided not to take the direct to streaming route that many other filmmakers opted for this year. When Candyman was taken off of Universal’s release schedule for September, DeCosta tweeted, “We made Candyman to be seen in theaters. Not just for the spectacle but because the film is about community and stories — how they shape each other, how they shape us. It’s about the collective experience of trauma and joy, suffering and triumph, and the stories we tell around it.” 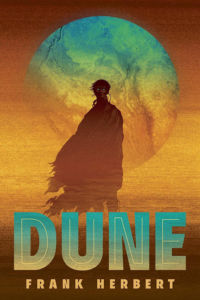 The eponymous novel by Frank Herbert has been made into a film before, with mostly disappointing results, but the new version has fans excited. When asked if he would build on any of the elements from the previous adaptation, director Denis Villeneuve said, “I’m going back to the book, and going to the images that came out when I read it.” Despite this, there will be some changes. Villeneuve has been open about his intention to “upgrade” the character arcs of the female characters and include more diversity in the cast.

The Dune movie released in 2021 will cover approximately the first half of the novel, and a second installment will finish the story. The creators felt that they could not adequately cover the complexity of the book in one film. Hopefully, this version will bring Dune to life the way fans have always wanted.

Dune was originally set to be released in November of 2020, was then pushed back to December, and now has a (hopefully final) release date of October 1, 2021. Fans will be able to experience it in both IMAX and 3D. 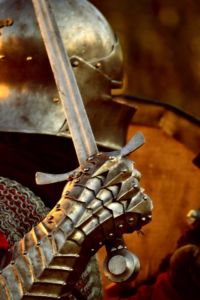 The Green Knight promises a darker, more adult take on the classic King Arthur related story. The adaptation was written and directed by David Lowery (Ain’t These Bodies Saints, The Old Man and The Gun), and Lowery’s fans are eager to see his take on the tale.

The Green Knight tells the story of King Arthur’s headstrong nephew Sir Gawain (Dev Patel) and his quest to fight the Green Knight, an emerald skinned giant and tester of men. Along the way, he encounters ghosts, giants, thieves, and schemers that test his character and change his future.

The original poem is one of the most analyzed pieces of medieval literature. There is no word on how close to the poem the new movie will be, but fans should probably expect significant changes or reinterpretations. The core of the story, about a man trying to prove himself and growing as a person along the way, will remain intact.

The film’s release was pushed back due to the pandemic, and it is now slated for July 31, 2021. 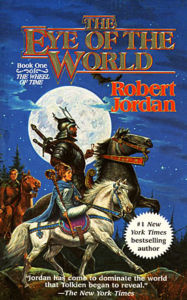 5. The Wheel of Time TV Series

Fans of beloved The Wheel of Time book series by Robert Jordan are finally going to see their favorite characters on the small screen in 2021. The first season of the show, streaming on Amazon Prime, has eight episodes, six of which had been filmed before production was temporarily shut down in spring 2020.

The epic fantasy series follows Rand al’Thor and his friends as they embark on a journey with the powerful sorceress Moiraine (Rosamund Pike). The book series has 14 novels, so if the show is a hit, it could be around for a long time.

An exact release date has yet to be set, but the showrunners have indicated they expect it to be released at some point in 2021. Fans should be on the lookout for a trailer as the year progresses.