How to Survive the Black Friday Zombie Apocalypse

How to Survive the Black Friday Zombie Apocalypse

Thanksgiving weekend might just be the most American time of the year. First, we stuff our faces with food, then we watch football, and after that’s over, we participate in a capitalist brawl known as Black Friday.

We’ve covered a lot of scary topics on this blog, but Black Friday might be one of the most terrifying. According to the website Black Friday Death Count (yes, that’s a real thing), 12 people have died, and 117 people have been injured during Black Friday Shopping since 2006.

Every year millions of Americans wake up on Black Friday as mindless, violent, shopping zombies. Here’s your guide to surviving this real-life zombie apocalypse. 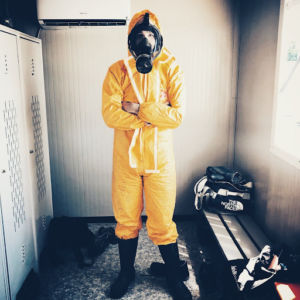 Pepper spray seems to be the weapon of choice for many on Black Friday. From grandmother’s arguing over cloth at Jo-Ann’s to middle-aged mothers trying to snag the last Xbox. Of course, some shoppers have claimed they used it in self-defense after being attacked by other customers. (Still not a good idea in a crowded space).

In 2011 a woman in a Walmart in Porter Ranch, California, used pepper spray on 20 people, including children, to keep them away from doorbuster items she was trying to get. The aforementioned grandmother at JoAnn’s actually used bear spray (pepper spray meant to ward off bears) on a woman who she thought was taking all the pink ribbon breast cancer fabric. The bear spray victim had pre-ordered the fabric so she could make things to donate to cancer patients.

Be safe out there this year and follow Rule Number 1: protect your face and eyes. 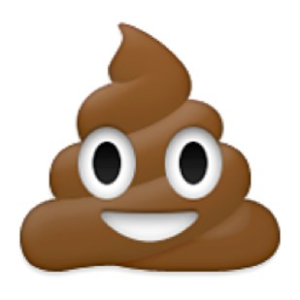 You’ve been waiting in line for hours to get the best deals on Black Friday, but then nature calls. Unfortunately, some people faced with this predicament have decided to do their business in line in front of everyone. This happens so often that some retail workers have taken to calling the day after Thanksgiving Brown Friday.

While waiting in line at a Best Buy, a woman used a nearby dryer as a bathroom. This was a full-grown person mind you, not a little kid. A man at a department store dropped his trousers at the bottom of an escalator, resulting in quite a mess as other customers tracked you-know-what all over the tile floors. Other long-suffering retail workers have found dirty diapers hidden around stores.

This bad behavior leads us to Rule Number 2 of the Brown Friday zombie apocalypse: Watch where you’re stepping (and what you’re reaching into.) 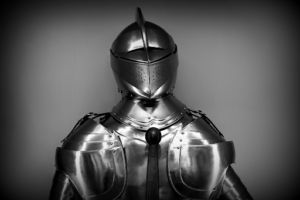 Nothing turns ordinary people into a herd of rabid wildebeest faster than a doorbuster sale. Many stores end up with over a thousand people (sometimes literally) beating down the door. Retailers do what they can to curtail the madness, but there’s only so much you can do if that many people decide to stampede.

Many of the deaths and injuries associated with Black Friday shopping have been a result of trampling. The shopping zombies don’t care if they are standing on a person while reaching for that 50” flatscreen. If you must be a member of that door-busting crowd, then make sure to follow Rule Number 3: Wear body armor. 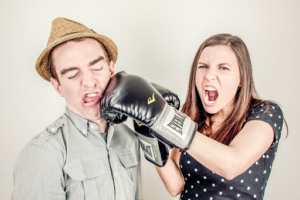 Rule 4: Learn how to Dodge a Punch

Whatever the “it” toy is this year, be it furbies or the new Xbox, somebody will be literally fighting over it. There is much speculation about why Black Friday turns so violent. Some say it’s because it revolves around the idea of scarcity and that some deeply ingrained animal instinct makes us willing to fight over scarce resources. Others suggest it’s the pent up aggression leftover from interacting with obnoxious relatives the day before.

Whatever the reason, people don’t hesitate to throw a punch on Black Friday. YouTube has tons of videos of downright hilarious Black Friday fights. Men and women of all ages and walks of life punch, scratch, and tackle their way to a good deal just like zombies going after brains. Never underestimate those little old ladies, they can tussle with the best of ’em. And make sure to prep for your shopping with Rule Number 4: Learn how to dodge a punch. 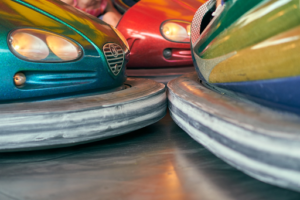 Rule 5: Be Careful On the Roads

Danger doesn’t just lurk at stores on Black Friday. There are 34% more car accidents on Black Friday than on other Fridays. Some of these happen on the road as frenzied drivers who’ve been up all night rush to the next store. Parking lots can become battlegrounds, and road rage is common, especially when there are only a few empty parking stalls left.

Many people also make the terrible choice to drink and drive on Black Friday. Your vigilance has to begin the moment you leave your house. Rule Number 5 of Black Friday survival: Drive safe, drive sober, and buckle up. 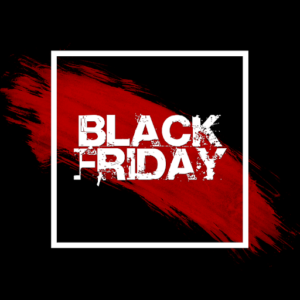 Rule 6: Do Your Research

Black Friday is lauded as the cheapest shopping day of the year, but that might not be true. Studies have shown that many items are priced higher on Black Friday than they are before or after. Cheap doorbusters lure people in, but since stores know that Black Friday is a big shopping day, they don’t have much incentive to lower prices.

The closer it gets to Christmas, the more desperate retailers get to move items off the shelves. The period between Thanksgiving weekend and Christmas Day is actually a better time for deals than Black Friday itself.

In addition to this, you may not be getting what you think you’re getting on Black Friday. Many of the heavily marked down items like TVs are sub-par models that are specifically manufactured to be sold on Black Friday. That amazing 4K flat screen you’ve had your eye on all year, might not be the same one that is supposedly on sale.

So before you brave the Zombiefied crowds, follow Rule Number 6: Do your research and save some of your shopping for later.

Something from Stranger Things Has Made its Home at Castle of Chaos. Curious? Come Visit Us Today.