Deerstalker hat. Pipe. Well-Functioning Sociopath. World-Famous Detective. We know exactly who comes to your mind with just those few words. The character Sherlock Holmes is one that we’ve all grown up with, and due to BBC’s Sherlock, starring Benedict Cumberbatch, is a well-loved character for all generations. In fact, he’s so well-loved and famous, that he’s appeared on television, in one form or another, a total of 226 times since his movie debut in the early 1900’s. The only character more famous than Sherlock is Dracula, and he’s not quite winning by a landslide. So how well do you know your beloved detective? We bet that you didn’t know all seven of these facts.

The author of Sherlock Holmes is an adventurous gentleman named Arthur Conan Doyle. Doyle himself was a character in his own right; he was a talented athlete with a passion for a plethora of sports, and his career path varied throughout his entire life between a surgeon, a politician and even a mystic. One of Doyle’s favorite sports throughout his entire life was cricket, and the name Sherlock Holmes comes from a combination of his two favorite players: Frank Shacklock and Mordecai Sherwin.
The original name was written as Sherrinford Holmes, which doesn’t quite have the same ring. In fact, the name for John Watson was initially Ormand Stacker, and we have to admit that the pairing of Sherrinford and Ormand sound much duller than the beloved pair of Sherlock and Watson.

2. My Dear Watson Was Never Elementary

The phrase, “Elementary, My Dear Watson” was never said. That’s right, Doyle never once penned the full phrase, and Sherlock’s catchphrase was only born and found popularity in TV shows. Sure, the original Sherlock Holmes did pronounce things as “Elementary”, and he did have a fondness for “My Dear Watson” (especially when Watson had a fool idea), but the two were never combined. Like most ideas, the catchphrase only gained traction on the silver screen. 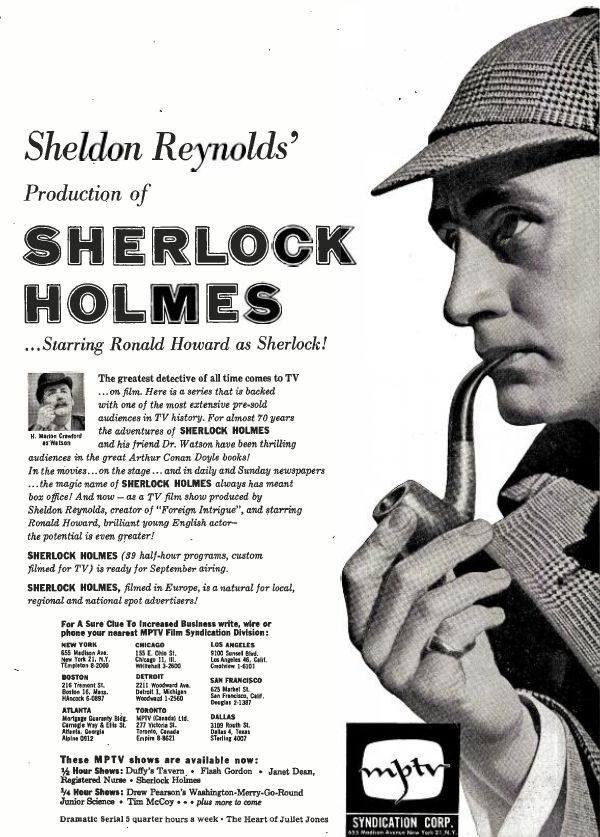 Although the popularity of Holmes seems like it’s never been higher, in the 1890’s, the character could be seen in ads on every street corner and in every newspaper. Perhaps the most famous ad is one of him smoking Pippins Cigars, and being told by another smoker (presumably John Watson), “Holmes, It’s Marvelous.” The face drawn for Sherlock resembled his current actor in the play, Sherlock Holmes, the actor William Gillette, who was the first face for our loved character.
And it wasn’t just cigarette companies that utilized the clever character; furniture creams, cereals, and mouthwash companies all had Holmes declaring that their product was the absolute best.

Although Sherlock’s intelligence is a hotly debated topic, 1999 saw a book called, “The Intelligence of Sherlock Holmes and Other Three-Pipe Problems: Psychological Studies Of The Great Detective And His Companion Dr. John H. Watson” by John Radford. In his analysis, Radford breaks down the psychological intelligence of Sherlock Holmes and John Watson, both of whom are widely accepted as above average IQ.
For reference, the average IQ is 100. Einstein’s IQ was estimated at 160, and the modern world agrees that he was a genius. Radford estimates Holmes’ IQ at 190, which places him much, much higher than our crazy-haired scientist. Since then, there have been many more studies on this fictional character leading people to lower his intelligence rating, but he still remains one of the smartest characters ever written.

In BBC’s showing of Sherlock, his brother, Mycroft Holmes is a prominent figure, both as an enemy and a friend to Sherlock. Although his character is one of the fans’ favorites, he actually doesn’t appear in the books, save but three times! You would think that the brother of Sherlock Holmes is as interesting and deserving of page space as the main character, but as Sherlock is ever present in Scotland Yard’s face, Mycroft is content to remain elusive. 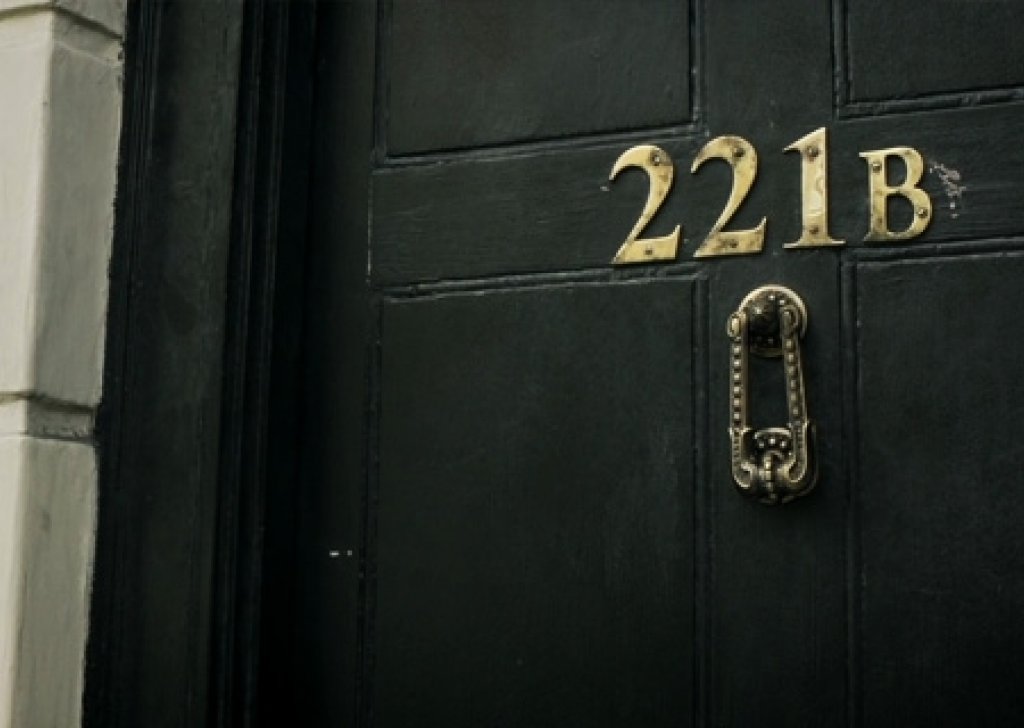 As much as every Harry Potter fan will whisper “Hogwarts”, and as much as every Dr. Who fan will discuss the Tardis, the home where so much happens for Sherlock fans has, and always will be 221b Baker Street, right? But life, as it often is, is very different than reality. The Sherlock Holmes Museum, a mecca for many fans, is actually located between 237 and 241 Baker Street. Although, since the actual business that used to reside at 221 Baker Street closed in 2005, no one has actually wanted to challenge the museum’s claim that they are located on the right address. 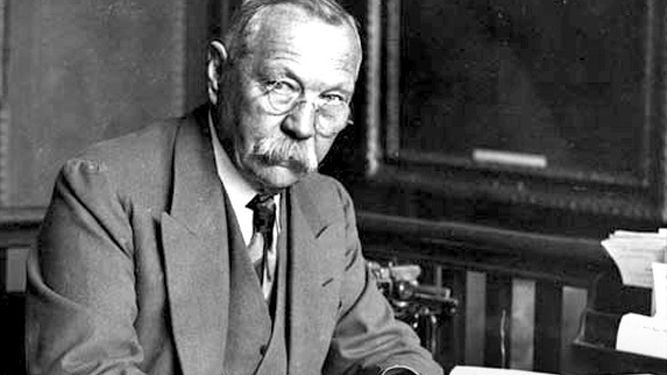 Conan Doyle had many passions; Sherlock’s adventures were not the top of the list, however. Doyle harbored a fondness for writing about history, and as time went on, he longed to spend less time penning the life and times of Mr. Holmes and more time detailing real-life history. In 1893, he published “The Final Problem”, in which Sherlock Holmes, at last, is killed by his archnemesis, Professor James Moriarty. In mourning, the city of London donned black armbands in remembrance of their dear detective. From that day, and for the next eight years straight, Doyle received constant peer pressure from the public to resurrect Sherlock. Finally, at long last, The Hounds of Baskerville were released, and the fans could enjoy more Sherlock.

Bring out your inner Sherlock Holmes in our newest Zombie Escape Room!

Use promo code “CanYouEscape” at check out and receive 30% OFF!