American Horror Story has been captivating audiences for seven seasons now. Whether because of the adrenaline of the scare, or the stomach churning horror stories, people can’t seem to get enough of this haunting series.

But what makes the show truly terrifying, is the reality behind it all. The show draws its episodes from actual terrors, and the newest season is no exception. Below, you’ll find 7 of the most hair raising, and historically accurate abductions, murders, and a variety of other mysteries that made their way into episodes of American Horror Story.

1. RICHARD SPECK ENDS OF THE AGE OF INNOCENCE

Remember as far back as the first season? That second episode began with a flashback sequence inspired by the infamous mass murderer Richard Speck.

The scene opens with a man charming his way into a house full of nursing students, only to murder them.

Such a bone chilling event was reflective of Speck’s story, who broke into a Chicago town-home and held the women hostage while he led them into separate rooms and killed them one at a time. By the time Speck had strangled or stabbed 8 of the roommates, Corazon Amurao managed to hide under one of the beds, escaping his notice.

Five, horrific hours of marching the girls to their deaths, Speck left the girls’ house and attempted suicide in his motel room. His attending physician recognized his “Born to Raise Hell” tattoo, given to the news by Amurao after the attack, and the police made their arrest.

In the trial, Amurao identified Richard Speck, for which he was convicted and died years later in prison.

At the time, the random serial murder was qualified as “the end of the age of innocence,” and has forever changed the nation.

Later in the first season, one of the guests that came to the “Murder House,” was confirmed to be Elizabeth Short–famously referred to by the media as the Black Dahlia.

In the American Horror Story episode, a young, aspiring actress went in for a dentist appointment but underwent surgery for which she hadn’t anticipated. The show depicted the dentist as Short’s rapist. But they named a ghost as her murderer/mutilator. Short is a real life victim though, and the culprit was never confirmed. Although, the cuts across her abdomen and face, and the blood drained point to the murder being someone with surgical skills.

The case remains to this day, a gruesome, and cold one. Allegations often still come up, but in 2014 evidence against retired homicide detective Steve Hodel’s dad, suggests him as the killer.

3. THE TRUTH IS OUT THERE 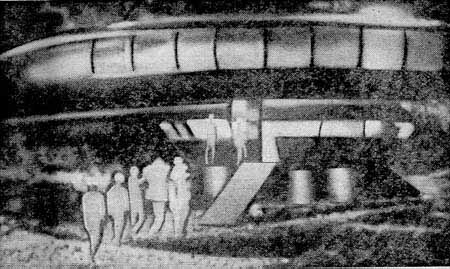 In 1961, Betty Hill and her husband Barney were driving home in the mountains of New Hampshire. Then, suddenly, lights appeared in the sky and what appeared to be a spacecraft landed in a field next to them.

The last thing the couple remembered of their own accord was the appearance of humanoid creatures in the window of the spacecraft. They claimed to wake up in their beds two hours later with no memory of how they got there. However, they had scuffed shoes and tears in their clothes. Which previously had not been there. After seeking hypnotherapy, they both retrieved similar memories of their abduction. Theirs is the first well-documented, theoretically possible UFO abduction in history.

Kit and Alma Walker had a similar experience in the second season of American Horror Story, during “Asylum.”

American Horror Story debuts Kathy Bates as a southern socialite party hostess: Delphine LaLaurie. But something dark lurks under her extravagant parties–or rather above. Bates plays a character, but LaLaurie was far from a fictitious villain. 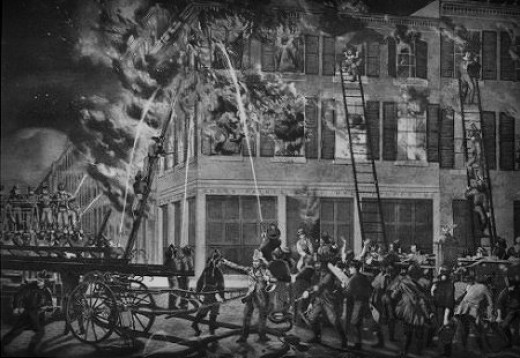 In LaLaurie’s New Orleans mansion attic, she used to keep tortured and mutilated slaves. Which had gone on for a long time until LaLaurie chased her 12-year-old slave with a whip onto the roof, where the slave decided it was better to jump to her death than to submit to LaLaurie.

Unfortunately, the Madame was untouched by the consequences. That is, until a desperate (cook chained to the stove) set the kitchen ablaze. Evil as she was, LaLaurie let her mansion burn with all her slaves locked inside. Neighbors, now privy to her abuse, broke into the home and attempted to free the slaves. Whereon, they found the mutilated, gut-wrenching sight in her attic.

The neighbors would be unable to bring LaLaurie to justice, however, because during the fire she jumped into her buggy and fled to Paris.

5. A LETTER TO THE EDITOR

Like Jazz music? The anonymous ax murderer sure does.

In our last story, you don’t find New Orleans creepy enough, here’s another one to keep you up at night. In season three of American Horror Story, we say hello to the Axman of New Orleans. For a year the early 1900’s, a presumed music fanatic broke into homes and used an ax to murder the residents inside.

The Times-Picayune, in 1919, received a letter, promising attack, but with the guarantee of immunity to any home that was playing his favorite music: jazz.

That night, Jazz filled the air, and the Axman kept his word. Unpredictable attacks with seemingly no links, and the whole thing suddenly ending in October 1919, the police could never identify or catch this serial killer.

Pogo the Clown: seems like a gentle enough name. Maybe a clown you’d hire for a birthday party, right?

Many people did see Pogo at their parties, until they found out that he was kidnapping, assaulting, and killing young men and boys. Pogo is the clown, alter-ego of John Wayne Gacy. He admitted to murdering 33 victims. But on death row, he challenged: “find the bodies if you can,” alluding to many more murders.

It’s no wonder that American Horror Story used Gracy for two different seasons-featuring two separate villains. AHS portrayed Gracy himself in the season, “Hotel.” Then Pogo was featured as the basis for Twisty the Clown in “Freak Show.”

Gacy was put on death row after police found bodies under his crawl space at his house, all over his property. It’s speculated that there are more bodies buried at the W Miami property. 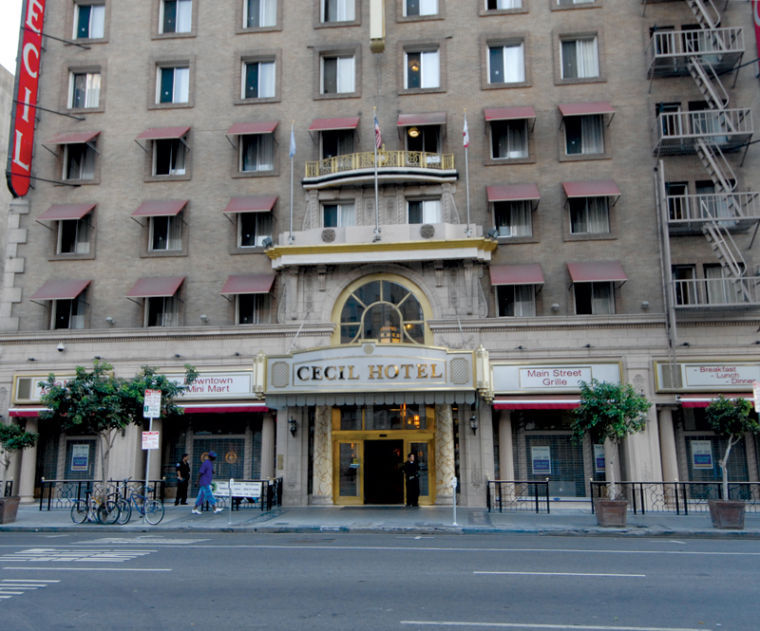 American Horror Story makes its fifth season all about a haunted hotel: “Hotel Cortez.” This tourist spot is where creepy things happen, and killers like to hang out. The”Black Dahlia” was rumored to be seen there just before she died.

This haunted hotel received its character from the actual Los Angeles fright-sight, The Cecil Hotel. Murderers and mysterious deaths have frequented the hotel for nearly a century. The idea for Hotel Cortez was based off a surveillance video directly from the Cecil. The video showed a girl getting into the elevator and trying to push the buttons. When the elevator doesn’t respond, she talks to someone, a person the camera didn’t detect. The elevator shuts its doors, and the girl isn’t seen again.

Two weeks later, hotel guests and staff began complaining the water was looking and tasting weird. An investigation revealed the girl from the video had died and been decomposing in the hard to reach water tank.

This girl was not the only suspicious death at the hotel and reported serial killers also stayed there while they committed their grizzly crimes. The hotel itself stands accused of being cursed.

As if American Horror Story wasn’t scary on its own, you can now stay up worrying about real life spooks.

FX announces the new season release for September 5, 2017. This country is scarier than you thought, isn’t it?

Whether listening to ghost stories, watching them on tv, or visiting real life haunts, the time is creeping up for you to buy tickets for spooky adventures.

Castle of Chaos has escape rooms and a 4 Level Haunted House that allow you to choose your fear level. Why just watch a show when you can experience the terror first hand? But don’t worry, unlike the Cecil Hotel, you can visit the Castle of Chaos without getting murdered.

Why are you still sitting there?