Everyone’s favorite boy wizard is turning 40 this year, but don’t let that make you feel old. It’s the perfect excuse to have some fun, and it’s fair to say that we need fun this year. So how can a muggle celebrate Harry Potter’s birthday? Here are some ideas: 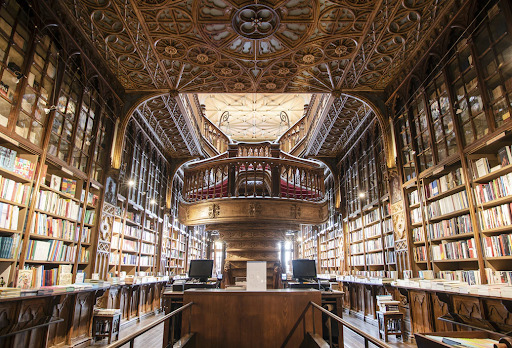 Yes, it seems obvious, but we have to list it anyway. One of the best ways to celebrate Harry Potter’s birthday is to re-read the books. If you haven’t read them since you were a kid, you might be surprised by what you get out of them now. During my most recent re-read, I found myself having a lot of anxiety over Mr. Weasly’s work situation. Just trust me, you’ll have a good time taking a look at them from an adult perspective.

Have kids of your own? Why not use Harry’s birthday as an excuse to introduce them to Hogwarts. Watching your kids experience the magic for the first time will make you feel like a kid again. The books read aloud very well, and there are a couple of audiobook versions read by Jim Dale and Stephen Fry, respectively. Fans disagree over which narrator is better, but both have their own merits.

Fans also have different feelings about the additions and reveals that J.K has made to the books over the years, but if you like that stuff, now is a good time to catch up. Several texts have been published since the main series. The three “Hogwarts Library” books allow readers to dive deeper into the world of Harry Potter and his friends. They include Fantastic Beasts and Where to Find Them, Quidditch Through the Ages, and The Tales of the Beedle and the Bard. The latter is a collection of fairy tales from the wizarding world that wizard-family kids like Ron grew up hearing. “The Tale of the Three Brothers” (the story that helped our heroic trio solve the clues in the last book) is included in the collection.

The short reads on Pottermore, and the books compiled from them, are also fun extra looks into the wizarding world. The play Harry Potter and the Cursed Child was only partially written by Rowling but is an entertaining look at what Harry Potter and Co. might be like as older adults and how their legacies might affect the next generation. 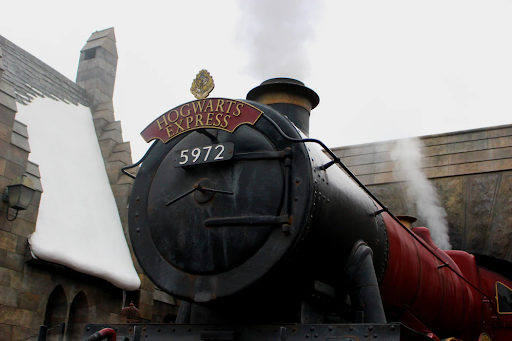 Have a Movie Marathon

If you want to celebrate with your friends while social distancing, try hosting a virtual movie marathon. It’s easy; just agree with your friends to watch the same movie at the same time while communicating over phones, skype, or zoom. You can laugh together and groan at your least favorite parts even though you are in separate houses.

A movie marathon is also great family fun, especially if you make themed food or dress up for the occasion. The internet is littered with recipes for pumpkin pasties, butterbeer, and treacle tart. Rowling has never published an official Harry Potter cookbook, but lucky for us, our fellow book lover and cook Dina Bucholz did publish an unofficial one to rave reviews. You can pick up a copy of The Unofficial Harry Potter Cookbook: From Cauldron Cakes to Knickerbocker Glory for about eighteen galleons, er, dollars. It takes about 20 hours with minimal bathroom breaks to watch all the Harry Potter movies, so you’ll want to have good snacks on hand. 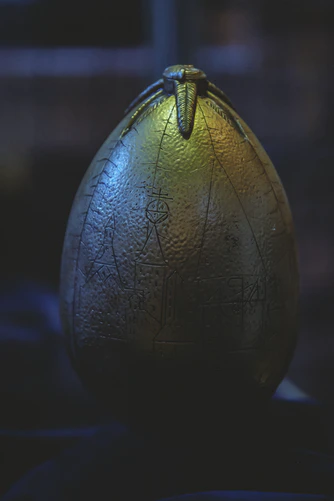 You probably know that Quidditch has been a real-life sport for ten years now, but if you didn’t, consider this your invitation to join the fun. You can find videos online about how to play real-life Quidditch. Sadly, you won’t fly on a broom, but you can still have fun in the yard and get some exercise at the same time.

There are also several other ways to enjoy games based on the wizarding world. Try having your own Triwizard Tournament. Just come up with three challenges that players have to complete. The first person to win a challenge gets a head start on the next one. If you are playing with a larger group, the losers could be out of the game.

The challenges can be anything you find fun, craft projects, puzzles, how fast a person can say a tongue twister. Be creative! If you want to create props from the book, like the Goblet of Fire or the golden egg, just do a quick internet search. There are dozens of ways to make these things from materials you can find at a dollar store.

Another fun idea is a Horcrux scavenger hunt. Hide objects (preferably Harry Potter related objects) around your home and yard, devise clues for searchers to solve, and let the hunt begin. The Leaky Cauldron is a fun fan website that has some ideas for clues. If you are playing in a large area like a park, you could divide into two teams and pretend that the heroes are racing the Death Eaters to find the Horcruxes.

For more sedate fun, try one of the dozens of Harry Potter video games. Harry Potter Quidditch World Cup lets you actually fly a broom to compete in the most popular game of the wizarding world. Other games take a more action-adventure approach. The Lego Harry Potter games (2010 & 2011) might be some of the best. 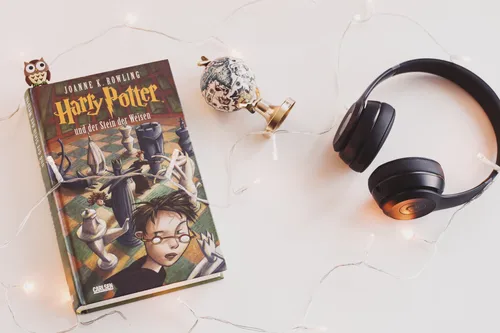 Tune in to a Harry Potter Podcast

Podcasts have become wildly popular over the past decade, and it’s no surprise that several of them are dedicated to Harry Potter. These podcasts come in a range of styles, so any fan can find something to suit them.

Harry Potter and the Sacred Text is a podcast that studies the books as if they were sacred texts, looking for real-life wisdom and insight. At the other end of the spectrum is Potterless, hosted by a grown man who had never read Harry Potter before. Potterless is hilarious, and the host is not afraid to be critical of the franchise. Mugglecast and Pottercast are two of the most popular shows by and for the fandom. They both provide delightful discussions of the books as well as the latest news and interesting interviews.

So go forth and celebrate, and don’t forget to wish J.K Rowling many happy returns on July 31. (She shares her birthday with Harry.)